During “Vinitaly”, International convention for wines and spirits (22nd-25th May 2015), Luxoro presented a new label to promote the color of the year, Tangeri Bronze.

Luxoro, exclusive distributor of Kurz Italia, has developed a new label for one of the wines of the sicilian winery named “Rapitalà”: Hugonis, choosing us as the producer.

The creative project was entrusted to the communication agency known as  “Doni e Associati di Firenze”.

The label’s concept received inspiration from Moorish art, a very present form of art in Sicily; the art was revisited in modern key and enriched with metallic effects.

An arabesque stands out in the background; this was offset printed with Pantone 1955 C, “reinforced” by embossing and ennobled by details realised with two different foils:  “104980” for the circles and Foil “347 Tangeri Bronze” for the background grid.

A screen printed white grid composes the wine’s name HUGONIS, bringing to life a sort of starry sky in the desert.

The label has been realised on metalised pater “Arconvert Cast Gloss Gold Matt 90” to enphatise the precious effect. 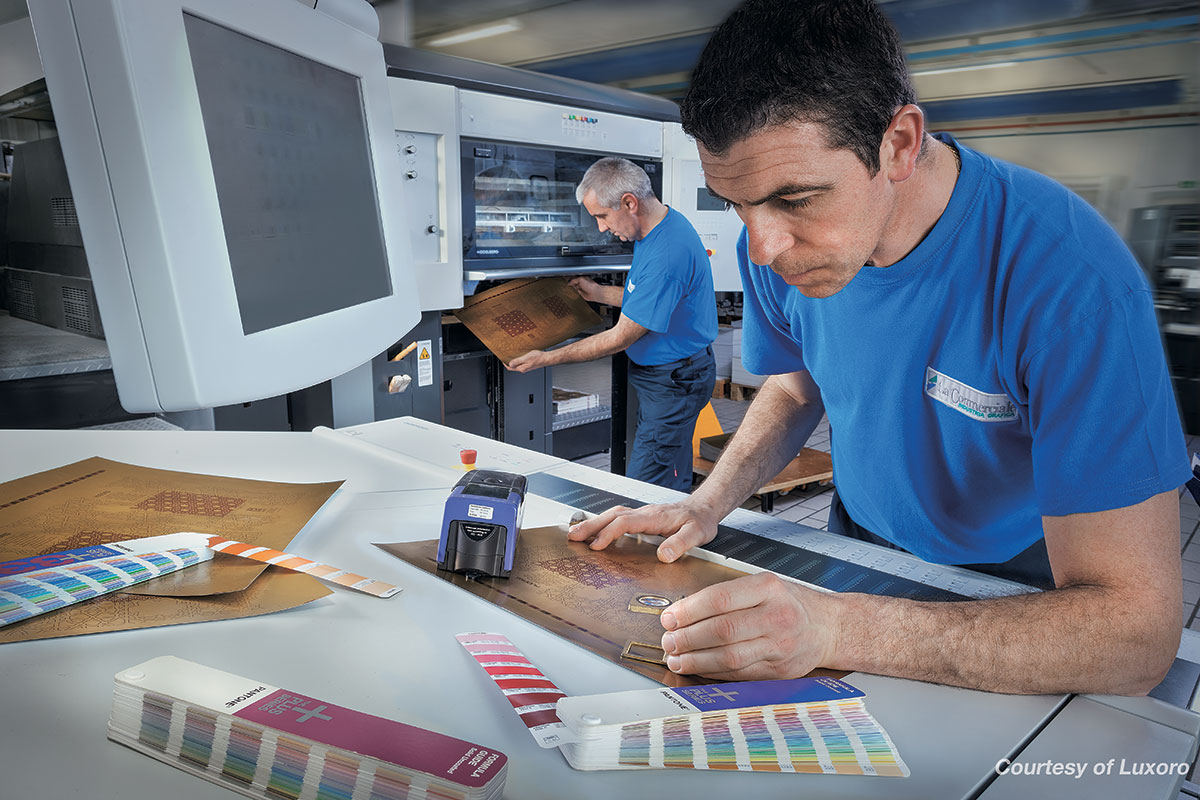