The label “Essenze”, designed by our Art Director Landis Buttignol and produced by us for  the company Terre da Vino, has been awarded as the best wine label at Top Application Award in 2006 , an international competition promoted by Fedrigoni Cartiere.

The other 700 works that have been presented at the competition by graphic studios, agencies or final customers have been judged from an international and indipendent committee of experts in the world of design, journalism and other institutions that have valued for each category the originality, functionality, care in the making as well as the creative use of the paper substrate.

The award was given inside of the magical Shakespeare’s Globe Theatre in London. 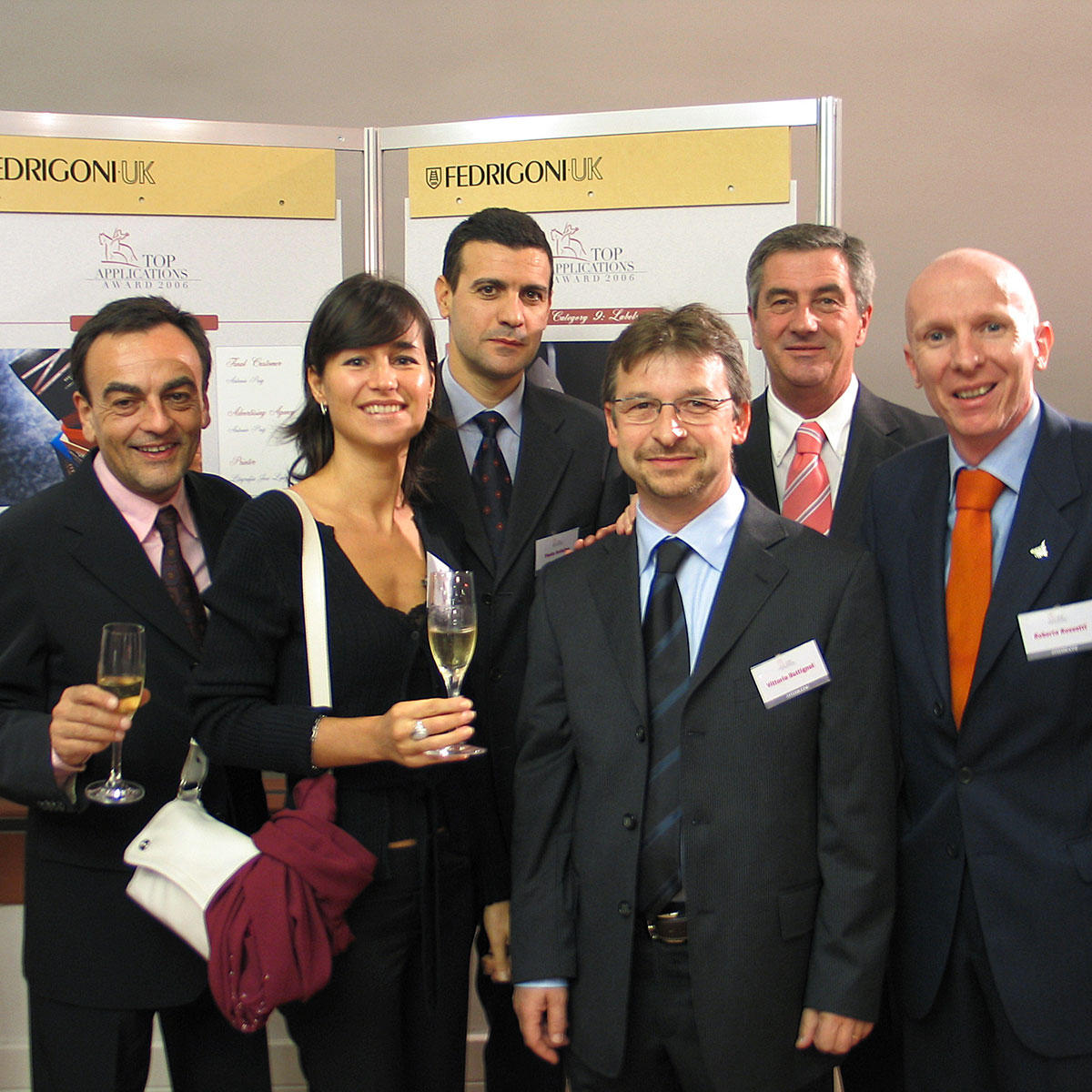 March 2015Presentation for the label “Hugonis” of “Rapitalà”